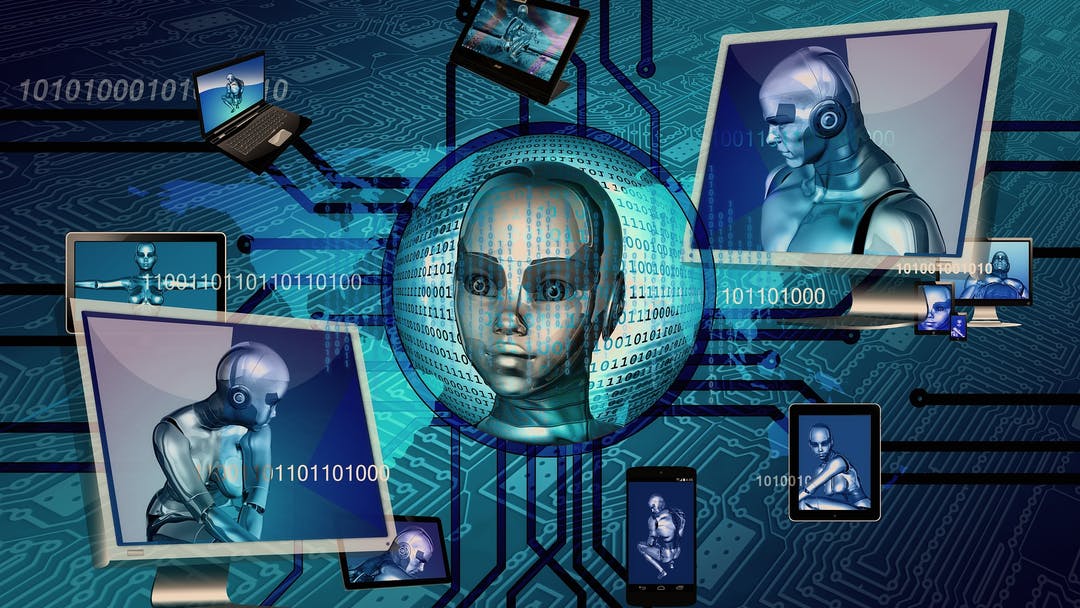 Current status
Macro is admittedly more interesting now, with rising inflation and interest rates. We, however, prefer to have our focus on the companies and their business models.  How are the companies developing in TIN New Technology? Are digital companies still fundamentally strong? How are sales developing, and are the scalability still solid overall? Below is a summary from the Q3 reports for the 10 largest positions in the fund.

Evolution
Evolution is the live casino giant that delivers streaming experiences to gaming operators. During the quarter, NoLimit City was successfully implemented, which strengthens the business' offer in slot games.

Operating income increased by 37 percent to EUR 379 million and earnings per share rose by 42 percent due to improved profit margins.

The company handles increased costs on energy and wages excellently. Evolution repeats the forecast of an EBITDA margin of 69–71 percent for the full year and shows good growth in all regions. Evolution proves once again that they are one of Sweden's absolute most well-managed company in a growing industry.

Embracer
Founder and major owner Lars Wingefors is the CEO of Embracer, which acquires, develops and publishes PC, console and mobile games globally.

Revenue increased by 190 percent to SEK 9.6 billion. The increase in revenue is primarily driven by acquisitions but the organic growth was also solid, 35 percent. Adjusted EBIT increased by 115 percent and amounted to SEK 2.1 billion.

The company, which has around twenty AAA games in its pipeline, aims to collaborate with a partner to "improve predictability, reduce business risk and have positive effects on cash flow and profit." In addition to the upcoming cooperation agreement, Lars opened for possible spin-offs to increase shareholder value. This possible manoeuvre, combined with lowered guidance for the current financial year was met with scepticism by the market. Although the company has opened for some changes in the group, the main strategy is intact. Wingefors has "still strong faith in the decentralized business model, built on experienced and successful creators and entrepreneurs."

Surgical Science
Surgical is a world leader in robotic surgery and simulation. With Surgical Science hardware and software, future surgeons can practice operating in a simulated, realistic way. In the long term, Surgicals software used for robotic surgery could become a game-changer for operations on a global basis.

Chemometec
The company develops instruments for cell counting and cell analysis. In addition to research companies focused on cancer, the customers are also universities and food companies. The case in Danish Chemometec is primarily focused on the recurring revenues from consumables, which grows in symbiosis with increased instrument sales.

Chemometec reports a revenue growth of 34 percent to 114 million Danish kroner. EBITDA rose by 50 percent, driven by the strong EBITDA margin of 57 percent.

Solid growth with scalability can summarize the company's operational development.

Kindred
Betting operator with flagship brand Unibet. Industry leader in sustainability. The only operator in the world to report revenue numbers from high-risk customers, those at risk of addiction problems. The ambition is to eliminate those revenues all the way to zero in the near future.

Total revenue fell by 7 percent to 278 million British pounds. Underlying EBITDA decreased by 52 percent and amounted to 40 million pounds. At first glance, it looks weak. But, compared to the second quarter, both EBITDA and cash flow increased significantly. This highlights the importance of revenue growth in the digital, scalable gaming company. According to CEO Henrik Tjernström, the company has had a flying start on its return to the Netherlands and predicts a market share of 15 percent by the end of the year.

FIFA World Cup in Qatar which started on November 20 is certainly hotly debated but is nevertheless expected to be a party (at least for those of us enjoying the event on the TV sofa) and to drive growth for the entire sector during the fourth quarter.

Paradox Interactive
The company is the leading global publisher of strategy games for PC and console with loyal players. The return of the Jedi, CEO Fredrik Wester, is back. The strategy is to focus even more on the core business, which is to serve the loyal players with grand strategy games. Back to basics has paid off almost immediately.

Turnover amounted to SEK 458 million, an increase of 58 percent compared to the same period last year. Profit after tax amounted to SEK 176 million, which was a clear improvement from last year when Q3 was a loss-making quarter.

The result was driven by a few successful expansions to old games, which players appreciated. As the company has most of the sales in US dollars but costs in Europe, the currency acts as a turbo in the period. After the end of the quarter, Victoria 3, a core game developed by Paradox for many years, was released. The reviews and customer reception are above expectations, which is promising both in the short and long term.

"Imagine if you could take a pill and become thin". Novo Nordisk may not be there yet. But the fact is that their drug is breaking ground in the United States and the company is closing into that wishful dream for the 650 million people who suffer from obesity globally.

CINT
The company is active in digital market research. With 4,800 customers and 252 million connected consumers, the platform is scalable, and the company is dominant in a growing niche.

Net sales increased by 117 percent to EUR 74 million, of which 24 percent organically. The gross margin rose to 63 percent (51).

The company prioritizes continued growth over profitability but shows signs of scalability that needs to be actualized going forward. So far, however, net profit is around the zero mark. Positive tendencies are rising gross margins and the strong increase in revenue in new geographies, which could accelerate growth going forward.

Take-Two Interactive
The American developer and publisher of video games with iconic IPs such as Grand Theft Auto and NBA 2K. Revenue rose 62 percent to $1.4 billion, but the company was unable to capitalize on the large revenue increase contributed by major acquisition Zynga and reported a loss during the quarter.

The company also lowers expectations for the full year and refers to a tougher mobile game market. In the long term, however, CEO Strauss Zelnick is "very optimistic about the large, long-term growth potential of mobile gaming." With that said, we have not even mentioned the future release of GTA6, which is a huge event for most of the gamers out there. Many of us share the passion for GTA, and even we at TIN Funds have crashed a few digital cars in the game over the years.

BioGaia
The company develops, markets, and sells probiotic products. Are perhaps best known for the colic drops that help both parents and babies cope with everyday life by relieving the stomach pains of the very smallest. 50 of those daily doses costs SEK 199. We suspect that the willingness to pay for those drops are significantly higher for parents who are desperately comforting their screaming child.

Net sales rose by 48 percent, partly thanks to favourable currency effects, to SEK 258 million. Acquisition of Nutraceutics contributed, but organic sales growth was strong and totalled 21 percent. Earnings per share rose by 52 percent.

Summary
The performance of the positions, with a few exceptions, are solid. The trend from previous reporting periods holds up – the health of the digital business community is still good. The companies are growing both organically and via acquisition. A handful of the companies above reported satisfying scalability, despite a tougher environment.

Risk information
Historical returns are no guarantee of future returns. The money invested in the fund can both increase and decrease in value and it is not certain that an investor will get back all the invested capital. Please read Fact Sheets (KIID) and prospectuses available on our website or contact a distributor.
TIN New Technology
TIN World Tech
TIN Live
Why TIN
Legal information
Privacy policy
Cookie policy
Follow us on social media
Edit cookie settings
Manage cookies